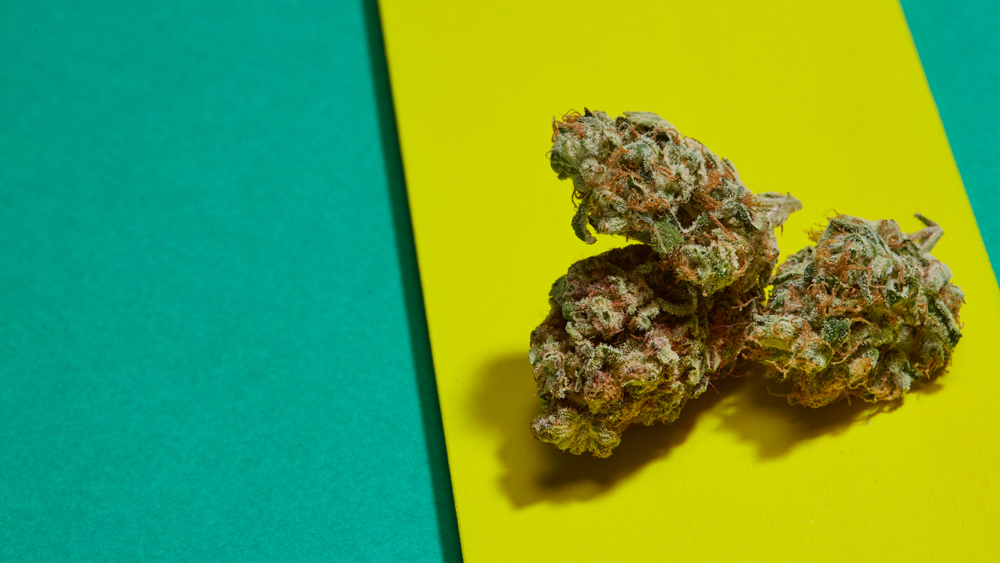 Cannabis lingo can sometimes be overwhelming and puzzling, especially for novice consumers. Strains in particular carry their fair share of confusion, in part because of their monikers, such as WTF strain names like Meat Breath and Alien Asshat, that offer no clues to their effects or what to expect from the experience. Add one more term to your weed lexicon, one that is both strain name and adjective: Loud.

What exactly is “loud,” and how is the term being used in cannabis land? Let's dig in.

The origins of loud and the strains named after it

There are varying levels of cannabis quality that can affect aroma, taste, efficacy, and cost. At the bottom rung of the ladder are “reggies” — also known as brick weed. This type of weed is defined by its dull green or brown coloring, and may contain stems and seeds. Think of it as cannabis amateur hour, something you'd expect to find at a college party in the 90s.

Next are “beasters,” or middle-of the road cannabis that comes from Canada. Beasters should have fewer seeds and stems than brick weed, as well as a smoother toke and better taste. They are also more potent with a THC percentage that can range from 15 - 20 percent.

After beasters is our word of the day: loud. Rumored to have emerged from Atlanta, if you or someone else refers to cannabis as “loud” it is to describe a powerfully aromatic, pungent, high quality, potent, and cerebral experience.

In addition to its energetic and cerebral effects, Loud Dream is known for its street value on the unlicensed market, at one time costing up to $800 an ounce.

How loud is used in pop-culture

The term “loud” has also taken root in pop culture with other cannabis lingo terms like “zip” and “dub.” Here are a few examples:

Gucci Mane in “Kush is My Cologne”:

Lil Meta in “Who Got Da Loud”:

Kid Cudi and King Chip in “Just What I Am”: